I wrote last week about getting published in The Big Issue. I wrote an article about Days for Girls, which you can read more about it if you want to learn about the program itself! Here and here.

Writing the article about Days for Girls was easier than if I had been unfamiliar with the topic entirely. I knew a lot about the program because I was already in the process of helping plan a workshop for the program. I attended a DfG workshop back in March at the York Minster, and approached Beryl, one of the co-leaders, about running a similar day with Crafts with a Cause.

So we planned one for St. Columba's. I advertised far and wide. It was a big Crafts with a Cause project and it ended up being a success - we had about 25 people (participants and volunteers) at both the morning and afternoon sessions.

Here are some pictures. 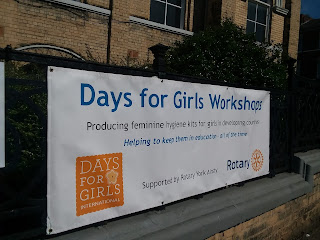 Lots of planning later...it's actually happening! I showed up early to set up, closely followed by DfG leaders with their supplies. 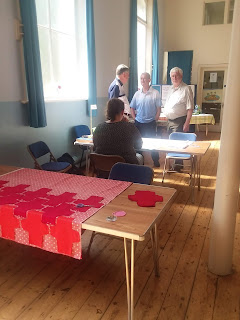 We set up stations to complete various parts of the kit. In the foreground are the basis for shields. 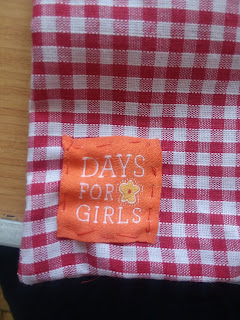 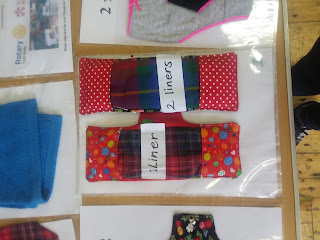 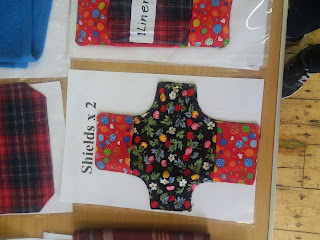 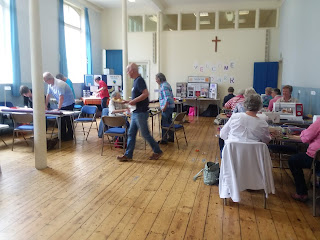 The busy, buzzing workshop is underway. 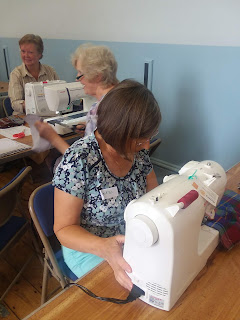 Beryl, one of the Days for Girls co-leaders. She is incredible! I admire her and Issy (below) so much. 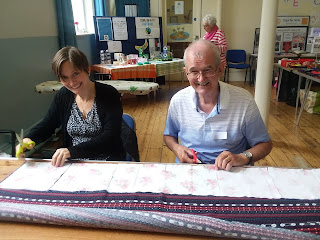 Working hard on liner pieces! (M, the man on the left, is a St. Columba's member who stayed to help ALL DAY.  He is a fab person and friend.) 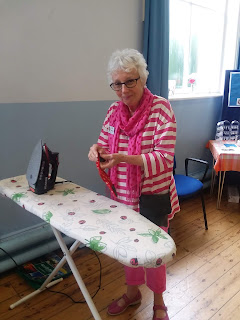 Issy, one of the Days for Girls co-leaders. She's amazing! 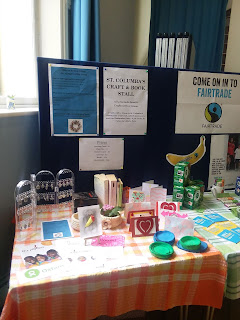 I set up a stall for Crafts with a Cause items! (We sold three earrings...better than nothing I guess.) 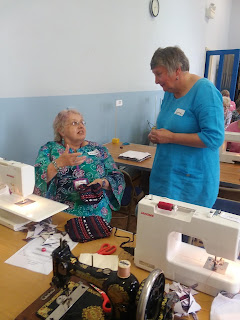 Lots of people got to know each other or reconnected - reminded me yet again how small/sociable York is! 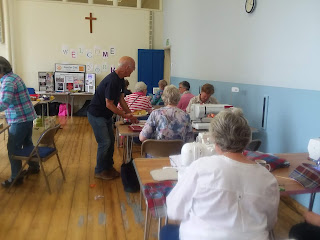 Many wonderful helpers and volunteers! 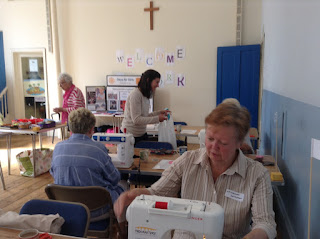 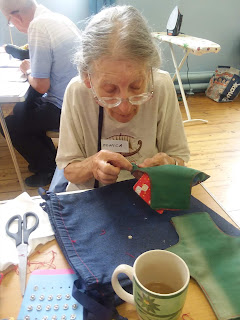 A CWAC member-DfG participant sewing away! 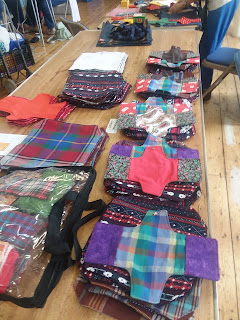 Our completed kits! We made six whole kits and a bunch of random parts of other kits.